As an Original Equipment Manufacturer you can have maximum profit by sharing or take into account our ideas; and experience over 50 years.

We produce and enterprise on locations in The Netherlands, France and Switzerland:

Air pollution inside cars is worse than at home

“A growing number of studies indicate the significance of short-term exposures to airborne particulate matter, such as those occurring in a vehicle cabin. In this study, ePM10, ePM2.5, ePM1 concentrations were measured using optical particle counters in eighteen tobacco smoke-free private cars in movement. The average concentrations were 48.6 μg/m³, 26.9 μg/m³ and 22.6 μg/m³ for ePM10, ePM2.5 and for ePM1, respectively. These levels were found to depend directly on the ambient air PM concentration and the choice of ventilation used inside the cars. The average number of particles with a diameter > 0.3 μm measured in the cabins of the cars was 185,723 particles/L. The average number of particles with a diameter between 0.02–1 μm was 16,391 particles/cm . Concentrations were found to partly exceed the established limit values for ambient air. Thus, the time spent driving a vehicle might significantly contribute to the daily overall exposure to particulate matter.” Filtech developed a range of EPA and HEPA filters using a new simple (patent pending) technic which makes it possible that every new vehicle can integrate particulate air filter systems with the lowest possible pressure drop. 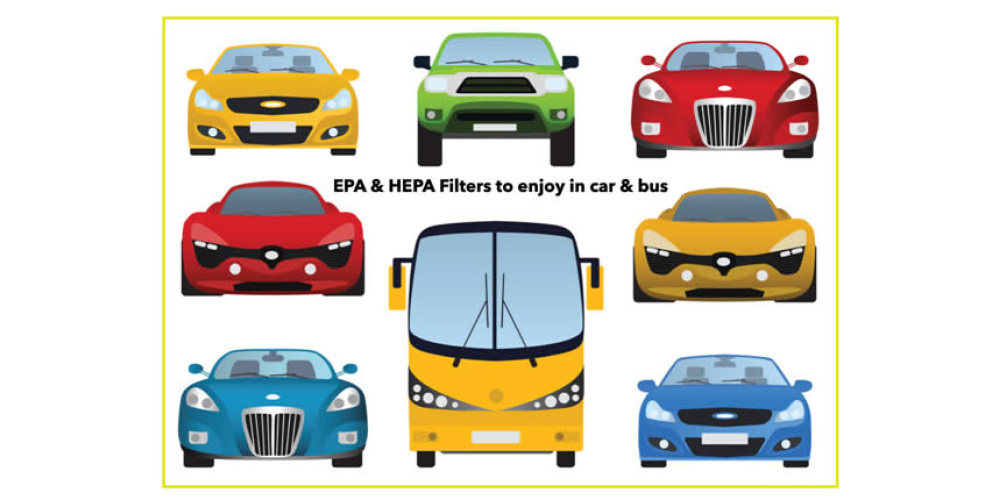